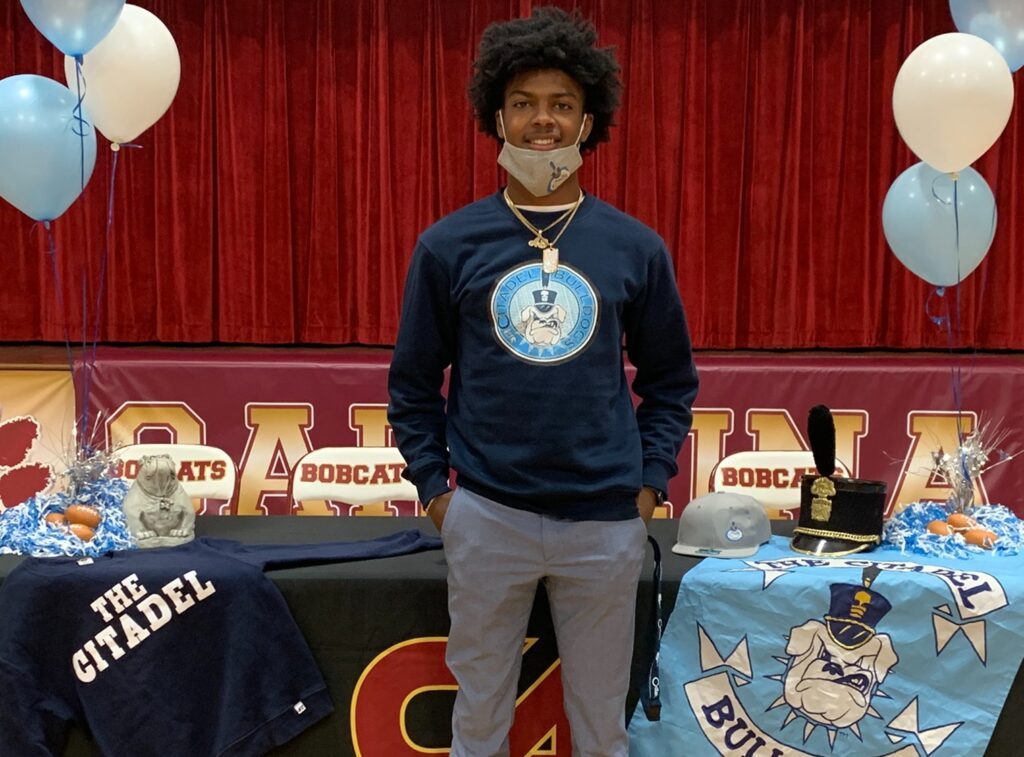 On the day of February 3rd, 2021 in the Carolina Academy Gym, Austin Brown had his signing for the Citadel Bulldogs to play football for them when he graduates and goes to college. He plans to go to school for business and get his business degree. I had asked him why he chose Citadel out of all the other schools? His response was: “ Ra’Shaud Graham from Lake City High School went there, he’s like a brother to me and a mentor” He also said he had two offers for football Citadel and Presbyterian College but he chose the Citadel because he thought it was a better opportunity. I also asked him a few more questions like: How many years has he been playing football? He said he’s been playing football for 13 years, and Varsity Football being just 4 of those years. His whole football team was so happy for him and all his accomplishments, especially his best friend George Wilder, who was there with him through his Varsity years playing football. I had asked George during his signing today if he was proud of all the things Austin has achieved he said, “ Yes I’m very excited, Austin is going to do big things so yea, I’m excited”. The Head Coach TJ Joye and Assistant Coach Stuart Miles are so proud of Austin. The teachers, staff members, and all the students at the Carolina Academy are so proud of his life’s achievements. Congratulations Austin, we are so proud of you! #GoBobcats