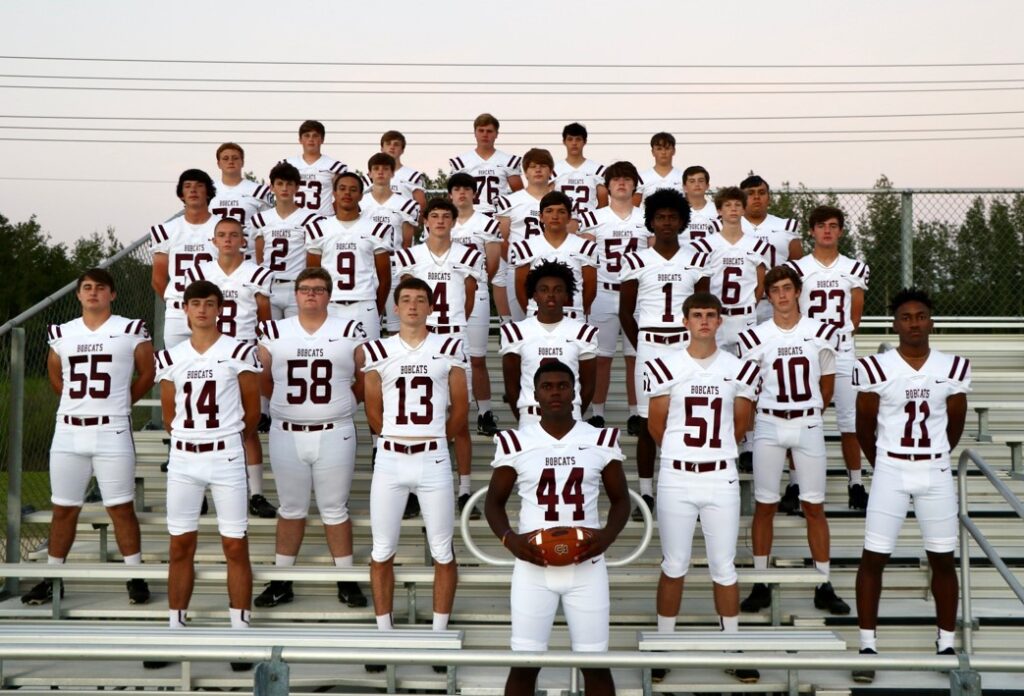 On October 16th, Varsity Football suffered a defeat against Florence Christian with a score of 20-23. The offense was led by Matthew Joye with 197 yards total. He had 3 rushing touchdowns with 134 yards rushing and was 5/13 passing for 63 yards. Austin Brown had a total of 62 yards rushing on 21 attempts and was 2/2 on 18 yards receiving. George Wilder had 42 rushing yards on 6 attempts and was 1/1 on 13 yards receiving.  Matt Gaskins was also 2/2 on 33 yards receiving where he also had a 2 point conversion.

The defense was led by George Wilder with 11 tackles, Jeremiah Brunson with 9 tackles, Cooper Teal and Kohl Coker had 6 tackles each, and Coleman Johnson and Austin Brown each had 5, and Cade Castles had 4 tackle with an interception also.

Please come out and support our Bobcats on October 23rd as we play away at Williamsburg Academy starting at 7:30!