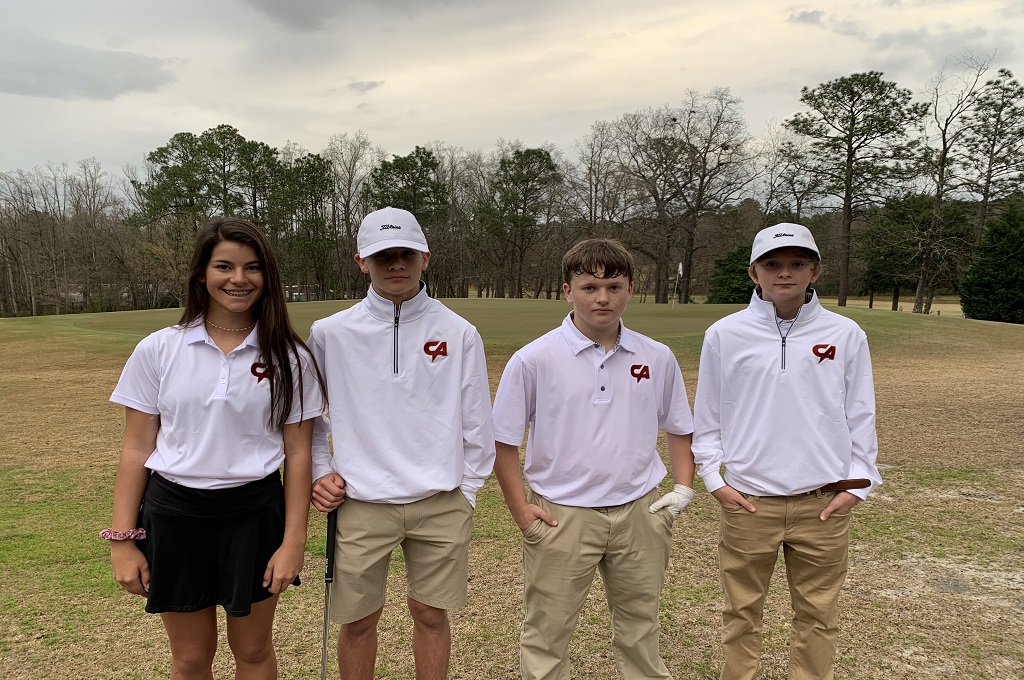 On Tuesday, March 10th, the Varsity Golf team played their 2nd region match hosted by Northside. The Bobcats shot 202 and tied 2nd out of seven teams, with Calhoun Academy. The team was led by sophomore, Hannah Altman, who shot 46.  Thomas McDaniel shot 49, Blanding Franks shot 51, and Conner Goldman shot 56.  The Bobcats are currently 3rd in the region. Their next match will be at the Lake City Country Club on March 12th! Come out and support the Bobcats!