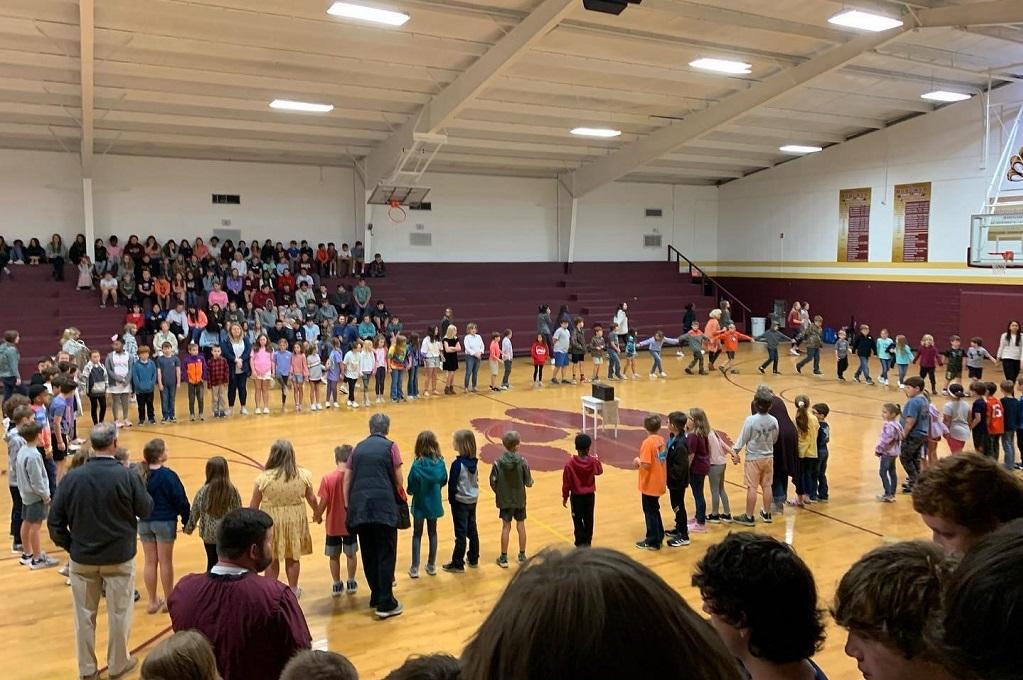 On March 17th, The Carolina Academy had a Chapel. We would like to thank the speaker, Mrs. Celeste Altman and Mr. Bootsie Griggs, for their wonderful message about “JIMPS”. JIMPS stand for Jesus is my personal savior. Mrs. Celeste is the wife of Mr. Marshall Altman who passed in October. About 4 years ago Mr. Marshall had a teenage friend that wondered why he didn’t have a tattoos. After that he wondered what he would get if he were to get one. He thought of “Jesus Is My Personal Savior” then thought about putting the first letter of each word on his fingers “JIMPS”, but that wouldn’t look to good, then thought about putting it on his wrist but a lot of people wouldn’t see it. He thought it would be a good bracelet saying JIMPS to reach many more people. He Contacted David Welch, who used to live in Lake City, his long time friend, and past president of FCA for South Carolina. If you want more information there is a website called JIMPSfish.org.